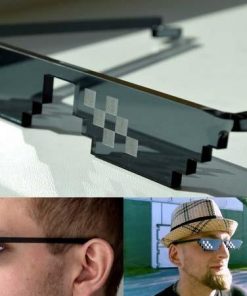 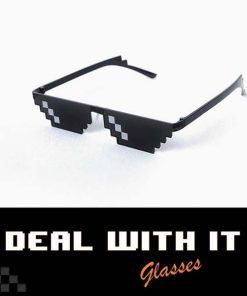 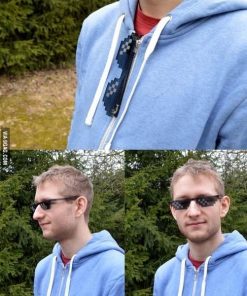 Deal With It Meme Glasses

Roll out with confidence in these low-resolution sunglasses
Great gag gift for the gamer, meme-enthusiast or troll in your life
Meme yourself and tell the sun and everyone else to Deal With It
Laser-cut, engraved, smoked acrylic sunglasses for novelty wear, no UV protection
8 bits of attitude for when you just need someone to deal with a situation

Thug Life memes are a series of YouTube videos that typically begin with home movies of preadolescents using overly confrontational or expletive language, followed by a freeze-frame at a close-up image of the subject with these glasses flying onto their face and an instrumental fade out to Dr. Dre s 1992 gangsta rap song Nuthin But a G Thang.

Deal With It is an expression used as a retort in response to someone s disapproval. It is often associated with image macros and animated GIFs in which the subject wears a pair of sunglasses.

There are no reviews yet.